The showroom of Dutch company Ahrend was designed as an “Inspiration Factory” inside a converted industrial building in line with a concept by Barbora Škorpilová from the studio Mimolimit.

New showroom is a visual expression of the company’s ambitions – to be the top suppliers of interior design solutions. A functional symphony of comfortable working and representative ambient was created within a historically valuable industrial environment, built at the end of 19th century.

The implementation is using the potentiality of a high loft of the original two-floored industrial bu­il­ding with a double-pitched roof, which allowed them to place an open gallery in the centre as an important part of the entire disposition. The presented products of the company and its partners, pieces from distinguished designers included, are then natural and utilized components of the interior.

A combination of “indu­strial” materials, such as rough concrete, glo­ssy floor and metal fur­niture together with individually de­signed lights, is softened by the colour palette of the interior and fa­vorite design elements of Bar­bora Škor­pilová – gi­ant flowerpots with natural drift-wood, sea sand, pebbles and seaweed, the green walls of bamboo or wickerwork. 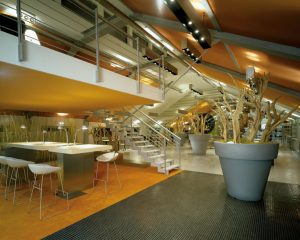 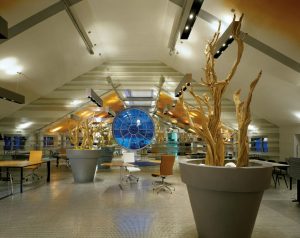 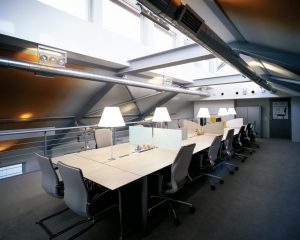 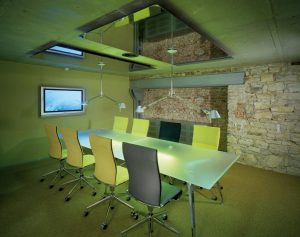 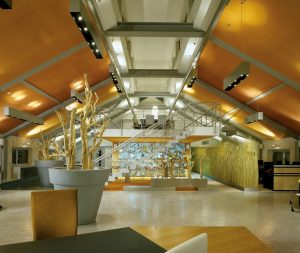 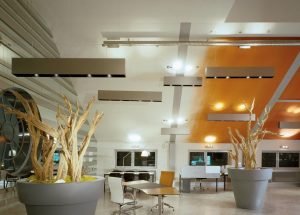 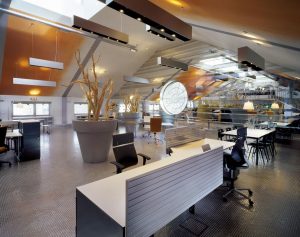 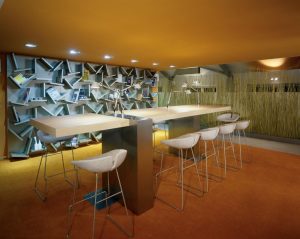